Celebrating its tenth anniversary, SiD’s CEO David Liu looks back over the last decade and gives insight into the changes in the online payment security sector.

What were you doing ten years ago? Well, if you are South African, chances are you were listening to Rihanna’s Umbrella, queuing to watch the Simpson’s Movie, or cheering on the Boks as they hoisted the Webb Ellis trophy in Paris. For some, it may feel like only yesterday, but in IT, a decade may as well be a century.

In a world where innovation is almost exclusively written about in relation to start-ups and disruptors, it’s seldom that a company which has been around for a decade can still be seen as innovative. However, the pace of change in online buying, digital security and consumer expectations has forced constant re-engineering from companies in the payment space. Staying ahead of the innovation curve has been the key focus at SiD.

Ten years ago, banks in South Africa were experiencing a high level of phishing attacks. The term itself was as new as the phenomenon and the banks had an uphill battle trying to stave off phishing attempts.

To add to their pain, banks were also trying to promote their online banking services and were forced to ramp up their consumer education process. It was a fine balancing act for them. They needed to allay concerns about the integrity of the offering and convince a nervous public into trusting their online services.

As a young EFT payment company entering a market which was beset with security concerns, we spent most of our time meeting with both the commercial banks and the Reserve Bank. We had to prove our offering would not compromise their offerings and, at the same time, explain the value of our offering for consumers wishing to use EFT rather than cards for online purchases.

The merchants, however, loved what we had to offer. The Secure EFT solution simplified their back office. Up until then, all EFT online transaction had to be done manually. Payments would have to be done during office hours and required extensive human intervention. Our offering automated the process, taking away a big pain point, and the solution was well received and quickly spread by word-of-mouth.

Although the e-commerce market was still in its infancy at the time, the tourism industry was driving the demand in South Africa. Airlines immediately saw the benefit of offering an online service and they also realised the benefit of offering as many payment methods as possible to their customers. Secure EFT was a hit with them, and this helped us reach and educate South African consumers in high volumes. For us, it meant ensuring we had a rock-solid offering which would integrate with the banks and was able to process payments accurately, in a high-volume environment. There was no greater stress test for our product and we were able to refine our offering at a rapid pace.

Ten years on, online payments have moved forwards in leaps and bounds. Payments have become so seamless that they are almost invisible in the process. In-app payments and mobile wallets are popping up wherever you look. The focus now is on making payments as frictionless as possible. Apple has even taken a further step to include a payment button on its MacBook Pro keyboards. Facebook and Google are shifting their revenue models to leverage their ecosystems and payments are all at the core of their architecture.

Security remains an ever-present threat to e-commerce. In its 2017 security forecast, RSA Labs found that 60% of fraudulent transactions originated from mobile devices. Moreover, the company says in 2016, a new phishing attack was launched every 30 seconds and has forecast that card-not-present fraud will dramatically increase, reaching over $7 billion in the U.S. by 2020.

While the online threats are still very real, and more sophisticated than ever, customers are far more aware of risks. Moreover, new regulations are coming through which are enforcing better authentication and verification. High levels of awareness and user education, offered by both the banks and online merchants have helped reduce the customer’s fear of using online and mobile payments which are encouraging e-commerce growth.

Although still a small part of the overall retail spend, South African e-commerce is growing at a healthy pace of around 20% per annum and this looks to increase as more people become connected via mobile phones.

SiD’s growth is tracking this with a very healthy 30% year-on-year increase in transactions since we began this journey ten years ago. More importantly, though, a decade spent at the heart of the payments industry means we have ten years’ worth of experience in understanding what it takes to build a secure system that meets customer expectations. Innovation remains the fuel that keeps us relevant.

More Amazing Articles for you South Africans are a sports-loving nation and, with greater mobile penetration and over a year of Covid protocols, online sports betting is taking off in a big way. Ensuring secure, swift payments is key when it comes to creating a positive... How the Pandemic has affected payment trends

Covid-19 has had a dramatic impact on how individuals go about their everyday lives. With digital classrooms, Zoom happy hours, online meeting rooms, on-screen gyms, and meal deliveries, people are moving online to meet their needs for social and practical purposes.... We are excited to release our new platform sporting a slick new user interface and performing 82% faster than ever before! The improvements will benefit our growing network of merchants, which has more than doubled year-on-year. We are exceedingly pleased with the... These are the Terms and Conditions are for the SiD Secure EFT “Win a Holiday: Merchant Sign Up Competition” only. Please read the agreement thoroughly before partaking in the competition further.  Terms & Conditions:  Please... DPO Group, one of the leading, high-growth online commerce platforms in Africa, will support the expansion of Network International’s presence across Africa, one of the most under penetrated and fast... 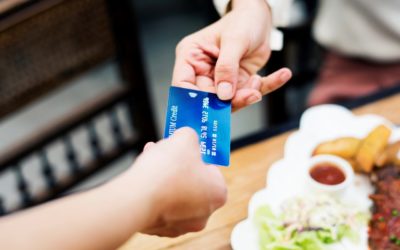 Credit cards are used by a vast number of people to pay for goods and services. While South African consumers increasingly shop online, many young buyers are going into debt in the process. According to DebtBusters, 27% of people who have asked for financial... The internet has given rise to e-commerce, which has unlocked a whole new world of endless products and opportunities for businesses worldwide. It ignited a booming industry in which many brands are competing for market share, and thousands of merchants are... Electronic Fund Transfer is the second most popular online payment method in South Africa after credit and cheque cards. It works by transferring payment from a shopper’s bank account directly to another account, allowing payment to be instantly confirmed As long as a... Building on a decade of online payment innovation

Ten years is a very long time in the world of technology. Ten years ago, Microsoft launched their commercial version of Vista, Apple announced iTunes had just surpassed its 1 billionth downloads and Google had just overtaken Microsoft as the most valuable global... What are the benefits of using an online payment system?

Today, the Internet is a vast and open marketplace where businesses and consumers meet. It is a great way for companies to promote their products and services to a wider audience. To tap into this growing marketplace, the first thing you need to do is set up an...

How is SID Secure EFT different from its competitors?

SID Secure EFT is a safe, online payment method that enables you to make payments online. It is systematically monitored and verified by leading privacy and security specialists.SID remains unsurpassed by any other EFT solution competing within the existing market,... Why Choose SiD Payment as an Online Payment Method?

Kyle Rozendo, CTO at SiD Secure EFT puts forward nine simple ways to make sweeping changes to e-commerce website performance. Global shopping cart abandonment on e-commerce websites is reported at anything between 60 and 70 percent. Yet simple tweaks to the purchasing... 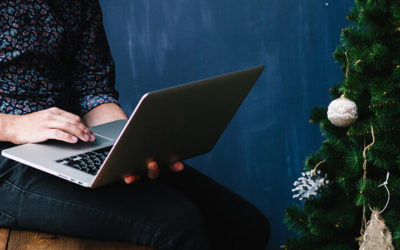 Maximise the holiday e-commerce cheer and avoid a fraud hangover

This year’s sudden spike in online shopping on Black Friday showed the true potential of e-commerce in South Africa. But it also showed that local merchants may not be prepared for sudden spikes in e-commerce trade which will continue into the festive season – and the...